Learning about “American” ideologies, values, and identities in public schools

When thinking about what it means to be an American, I have to be honest and say that I don’t think of the title fondly. Growing up as the child of Sudanese immigrants, I was always taught to identify as Sudanese, even though when visiting Sudan, I was not considered Sudanese enough. And being born and raised here, I still wasn’t American enough. So what does it mean to be American?

I don’t think we should center our identities on a working title like “American.” Now, I am not at all saying we still shouldn’t explore this notion, but I think we should reevaluate how much we let it impact us. Focusing on this label can also distract us from viewing ourselves as equal to each other because we keep adding more and more tiers in the hierarchy of who’s more American. We assess who is more American through constitutions and legislation established by old, closed-minded White men who didn’t have everyone’s best interest at heart. The fact of the matter is, the foundation of this country and the means through which it enforces its legislation has always been and still is deeply rooted in prejudice.

The line between patriotism and nationalism is blurred. And this obsession with wanting to define being “American” and being patriotic makes it susceptible to turn into nationalism if it hasn’t already. Nationalism allows us to separate ourselves even more from fellow humans around the world with disregard to their well-being, simply because they are the “other.” Nationalism stems from this innate sense of pride that ultimately causes us to take steps backward as humans.

When thinking of America, we’re taught to visualize total freedom. Not for me, though. This is a narrative shoved down the throats of both Americans and foreigners to uphold the pride of privileged White Americans so as to not tarnish their fantasy of this country and to hide their guilt behind this idea of freedom being accessible to everyone even though that’s not the case. This all to prevent opening the floodgates of White tears.

When also tackling other issues of sexism, LGBTQ+ rights, etc., there is an extreme lack of intersectionality within those groups. An example highlighted in the main article was White feminism. Women of color have paved the way for feminism; however, White women took this movement that was made for all women and turned it into yet another Eurocentric movement excluding women of color and diminishing and denying their struggles as not only women but people of color. Many believe there is this big dichotomy between race and gender, when in reality being a minority in both categories amounts to an immense struggle and lack of solidarity from both sides. As a Black young woman myself, I have never felt fully represented in feminism or Black liberation. It’s conversations like these that need to be had in school when discussing what it means to be American, rather than how far a person’s lineage dates back.

When thinking about how to have a conversation about race relations in America, I can’t help but remember this quote by James Baldwin: “We can disagree and still love each other unless your disagreement is rooted in my oppression and denial of my humanity and right to exist.” The main article mentions needing a diverse environment to better understand and educate students about what it means to be American. In schools, we often talk about diversity and look at the racial makeup of our student body but not our staff. I personally attend a high school with an extremely diverse student body but a very White staff. Because of this, many teachers are not well equipped to handle mediating and leading discussions around what it means to be American when there is this huge disconnect.

This brings in the topic of preparation for teachers. They need to be empowered to have these discussions without the fear of losing their job if they momentarily stray away from the curriculum. However, we can’t trust our curriculum since we’re learning from whitewashed history books that aren’t updated with current events that need to be discussed. Curriculum should be changed to include current and relevant events while still helping us understand how to discuss race in a productive way. Being able to disagree on topics that arise in class but to never permit the denial of another’s right to exist as a human, let alone as an American. This prepares students for the real world, where they’ll meet different people with different opinions and experiences, with the ability to properly and appropriately handle unfamiliar situations.

Lameese Makkawi: Junior and president of the Racial Equity Club at Overland High School. And soon to be cochair for next year’s Youth Celebrate Diversity Conference. 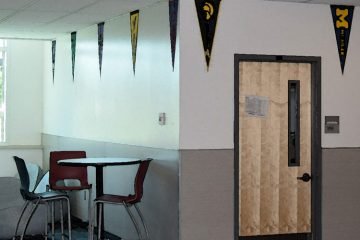 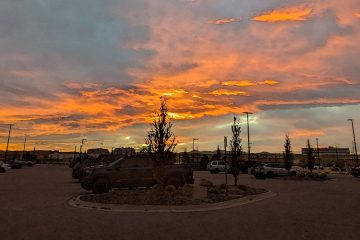 Housing and Education Student perspective By |Ceirra Noel and Angel Amankwaah   The Resolution Lies Within Us For a long time now, the common belief that if one works hard enough to overcome a few Read more… 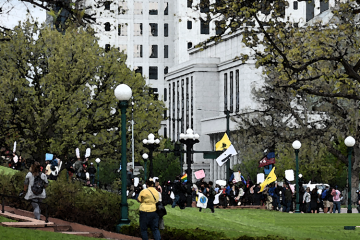 Working Together To Make Change Student perspective By | Rosine Niyoyishura The whole world stopped, and also most importantly, the controversial teaching mechanisms that have been in tact within the educational system in America— also Read more…